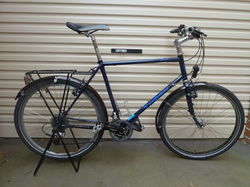 This is the ultimate touring bike. I had read about Thorns years ago in Cycling Plus magazine (UK). Over the years I have come to realise that they are one of the worlds strongest and toughest steel frames touring bikes. I am getting rid of all my bikes and keeping just one so this one will be it. I'm also taking abit of a risk as this one only just fits me for stand over height. But the bike is currently using oversized Schwalbe Big Apple tyres as the original owner had back and joint problems so needed some cushioning in the ride. I'm planning to swap them out for out for some Schwalbe's or Conti's in 26x1.75 specs so it should fit me better. I haven't got the bike yet as it is still with the owner in Melbourne but it is being sent over soon. An all around bike that will serve as a regular ride and also as a tourer which is the long term plan. I also love the fact that it has Reynolds tubing and a dynamo front hub with LED light. I'll add more info when I get the bike. In the meantime, below are the specs from the ad:

​Rare British designed tourer that serves any purpose from a daily commute to a round the world trip. Well maintained by original owner, purchased new from the factory in the UK . All XT brake and gear levers, LX V-brakes. Still on original rear wheel and original front wheel available. Lumotec LED front light running off dynamo. Saddle Not included. (which is no issue as I'll use my Brooks B17 saddle) 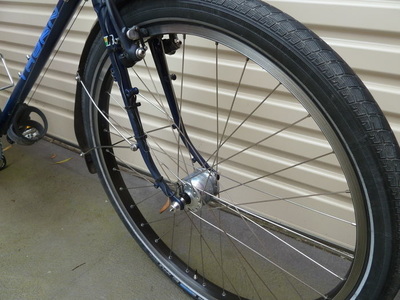 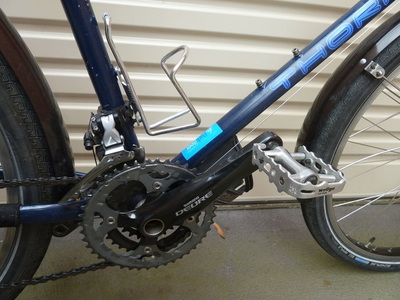 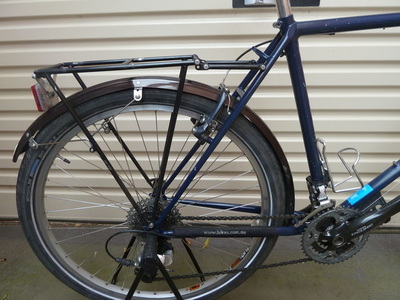 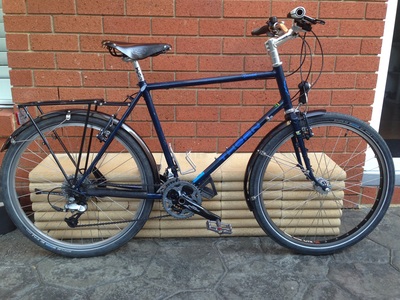 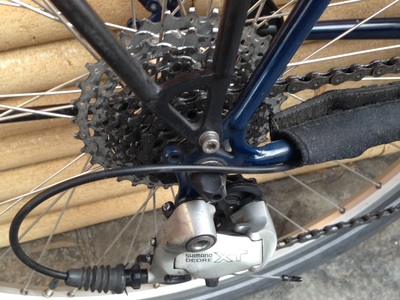 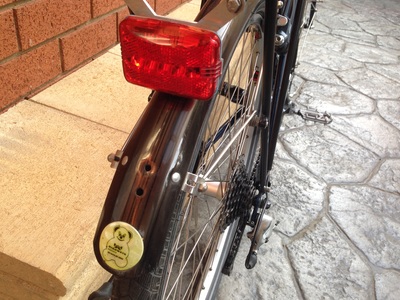 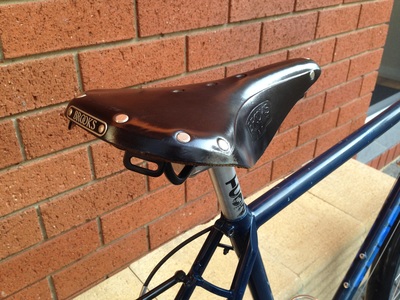 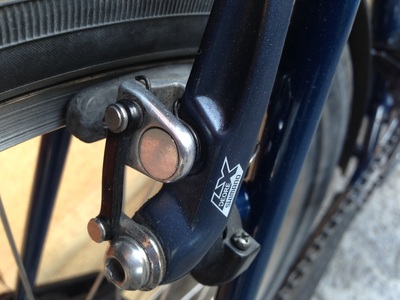 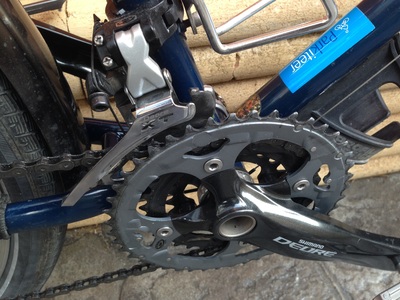 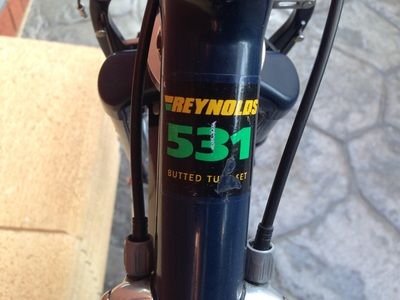 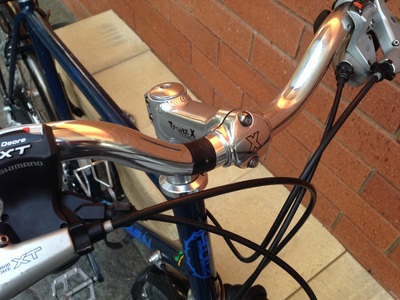 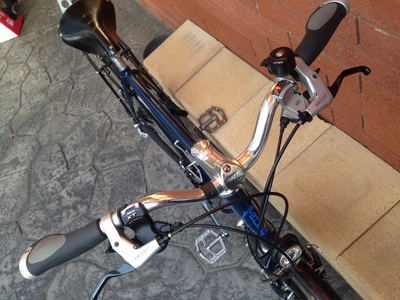 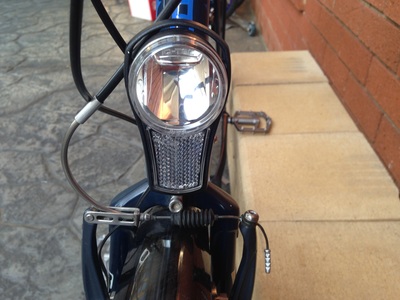 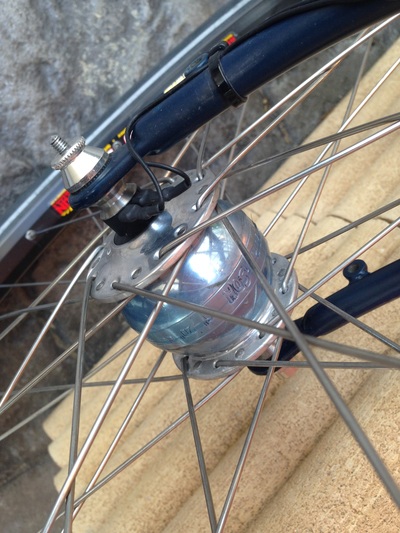 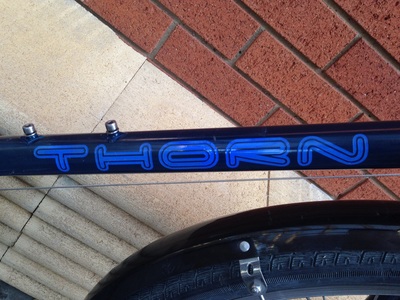 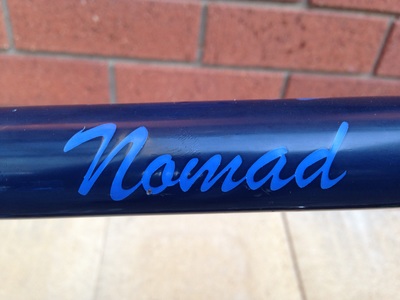 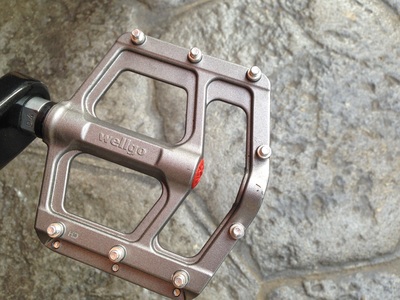 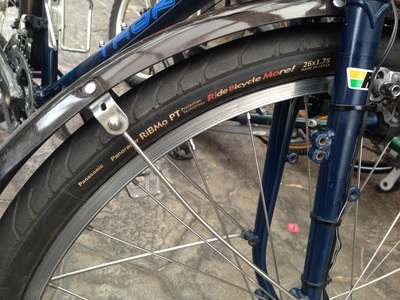 I've installed some second hand Tubus Lowrider front pannier racks which I will probably sand back and re-paint at some stage. The initial idea was to have a front platform rack too but I think it would have been too much so stuck with the Tubus racks. The front bags will hang low which will help with handling. I also have a Topeak handlebar dry bag so have installed the mount for it. The Tubius racks do not look completely level due to the design and mounting points of the Thorn forks but it does not really bother me because they're not that bad really and pannier bags (good ones) can be adjusted if needed to mount straighter. The rear rack is also not completely straight but again can be easily sorted. 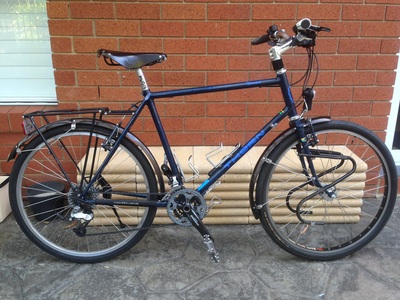 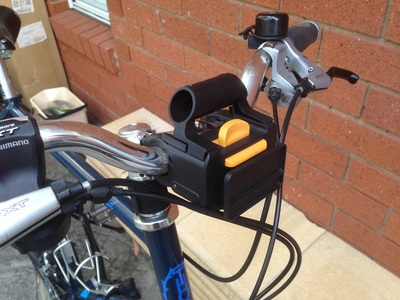 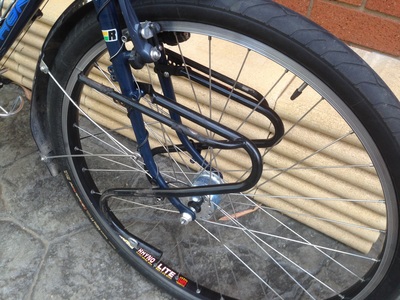 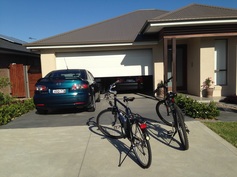 Went for another ride yesterday morning with my good mate. Went over to his place and rode around his suburb to see the sights. He has just bought a house at The Ponds, NSW. I could have ridden there but my son woke up a few times during the night so I didn't get much sleep, so I ended up driving over.
The ride was great and I am really enjoying the upright riding position of the bike. The ergonomic hand grips are also very helpful as I have recently had hand surgery on my right palm so it took the pressure off. When i was leaving we also spotted a Kookaburra sitting on his neighbours letter box. He was a rescue as the neighbour takes care of injured animals. This was why he didn't seem to mind getting his picture taken, we got pretty close.

Well alot has happened to the Nomad since I last updated the site. The bike has gone through some significant changes since I last rode it. It now has drop bars  as well as new Dura-Ace bar end indexed shifters (9 speed). I have also removed the front rack as I believe I will not really be needing it. Two rear panniers and a handlebar bag would probably be the most I'd carry for a camping trip. yes I plan to take this bease on short tours once I am fitter and more confident. Currently I have a bag strapped to the rear pannier containing spares in the event of a puncture and it also contains a multitool for minor adjustments. I have put the old Schwalbe Big Apple tyres back on as they absorb bumps better and require less air pressure (only 50psi max), so pumping up will be easier, plus they are pretty bomb proof! There is also an Ortlieb attachment for my handlebar bag. I will update the camping section with the bike setup in the near future and show you all the gear. I also went for a ride this morning and set up my Contour Roam2 camera on the bike, mounted it to the top tube, although I think I mounted it too close to me as you can see my hairy legs throughout the whole ride but this was just an initial test to see how it worked and the camera performed really well. 1080p HD recording was awesome and the wide angle lens really shows alot. I thought it would be blocked abit by the front tube and stem but it worked great. 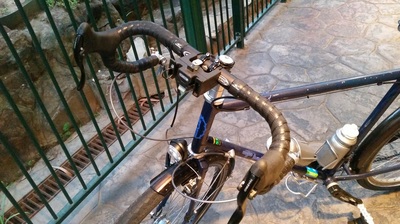 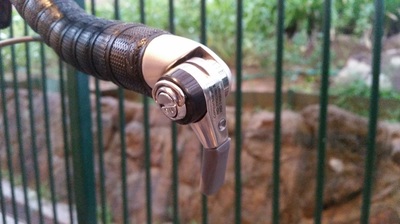 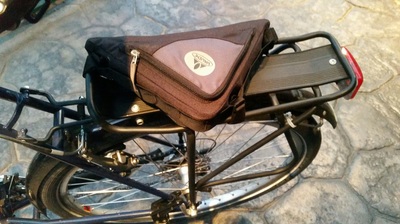 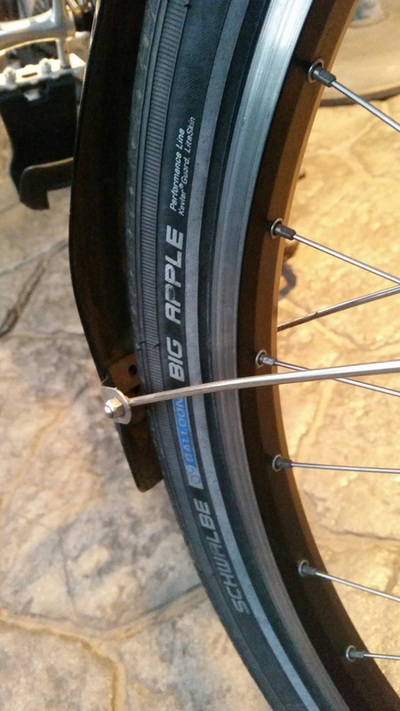 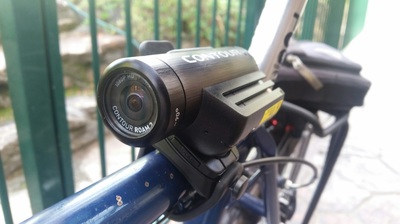 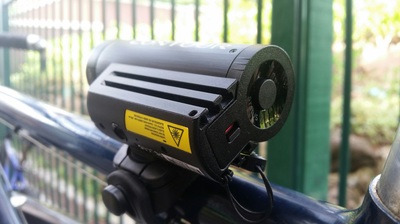 Riding Around My Neighborhood on the Thorn (Contour Roam2 - 1080p HD)

So here is the dreaded video! Yes I know I am not a typical cyclist without the shaved legs and yes there's too much of my legs in the video but you get the idea. This was a test to see how the camera functions and how much shakes happened during the ride. I think it has worked well. I'm planning to use this camera to document my trips as well as other rides. It's just over 14 minutes and I have added some music as I'm sure you don't wanna hear my puffing and panting! Enjoy!

Delivering an invitation for my son's 9th birthday party. Faster than the postman anyway. Express mail on the Thorn!