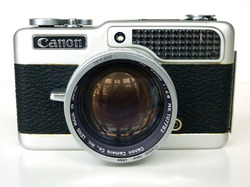 I bought this thing on impulse as I thought it looked awesome. Cost me around AUD$70. I got it for two reasons. The first was that I thought it would look awesome as a subject in a retro style photograph. The second reason was that it is a half frame camera, meaning that you can put two photos on one exposure, side by side. I had only recently started reading up on these and was interested in the concept. It basically allowed you to stretch a 24 exposure roll of film to 48 exposures or a 36 to 72! The camera is a range finder and comes with a built in light meter as can be seen from the front. It came with an SD 50mm 2.8 lens. The SD type of lens was made specifically for the Canon half frame models. I have managed to source a brand new leather original demi  leather strap from Spain and that is on its way to me as we speak. As well as that, I have also managed to source another rare item. The 28mm f/2.8 lens that originally should have come with the camera. I currently have a bid on this lens on eBay and am hoping to win it. As these cameras are very rare and I have been the only bidder for the last few days I’m hoping to score it for a bargain. If I don’t get it then the 50mm f/2.8 will be good enough for me. This camera will be purely for black and white film shooting. I still have two rolls of Ilford 400 B&W left so am looking forward to using them. I also managed to source a manual for the camera online and have downloaded it. Even if this camera dies I will still keep it to use as a subject or ornament on the shelf.

See the photos below of the camera as I got it. I’m still waiting for the 28mm lens and the strap. Looking forward to getting started with my 50@50 project using this lens and camera. I will even be able to get two shots in one exposure!

This is a link from SubClub explaining the origins of the half frame camera by Canon - http://www.subclub.org/shop/canon.htm 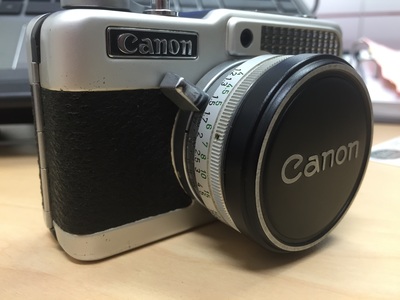 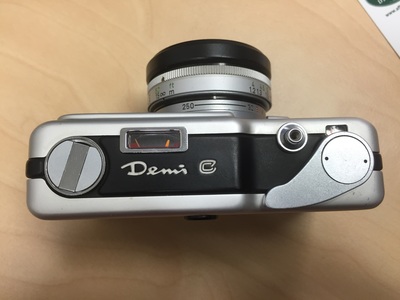 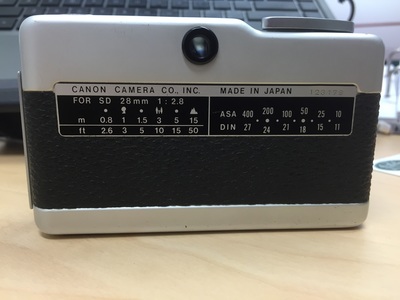 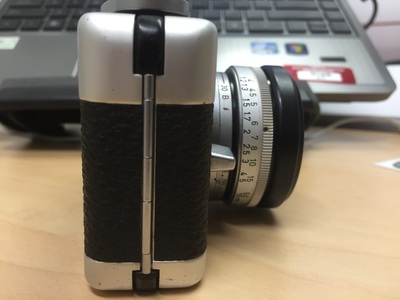 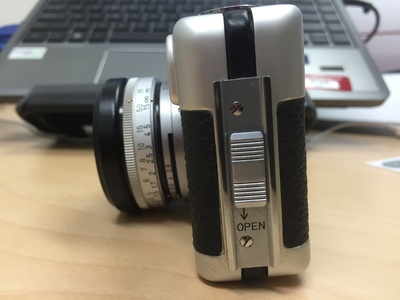 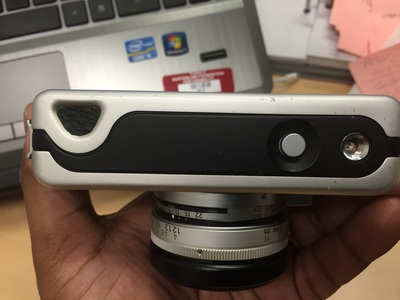