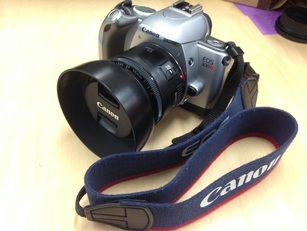 I scored this little SLR camera for $50 on Gumtree. I remember I had been looking for this model camera when I was getting into film and it had caught my eye. I wasn’t too fussed about the silver finish but was more interested in large rear info display screen. I like different things from the norm. Also I prefer the large screen at the rear instead of having in the top. Looking to get back into the B&W film photography which is what this cameras main . Have already tested it with my EF 50mm 1.8 II lens and it works great. Getting the photos developed now so we’ll see. I also recently completed a beginners DSLR course and now am more confident with the basics of how a camera works and all its features. 35mm film forces me to get the settings right and take my time before a shot, rather than take 20 of them on a digital and keep re-taking over and over to get it right. This way I learn more. I’d also like to re-visit Homebush and go back to the spots when I took my last pictures and re-compose to take them again. The camera is very light and luckily I picked up the version that had the upgraded lens mount which is metal instead of plastic. There will be some days where I just do black and white photography on film only and this camera will do the job for me nicely. 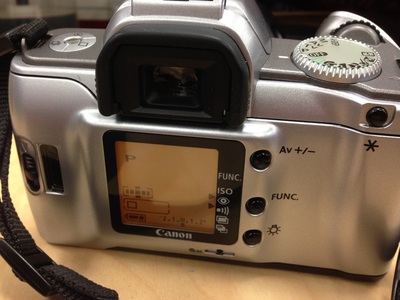 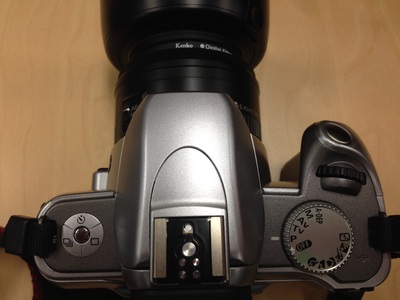 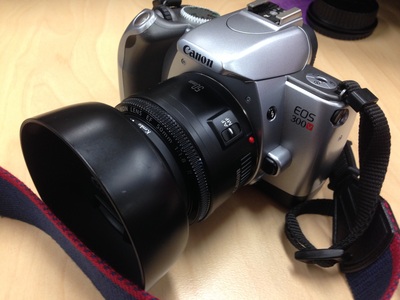 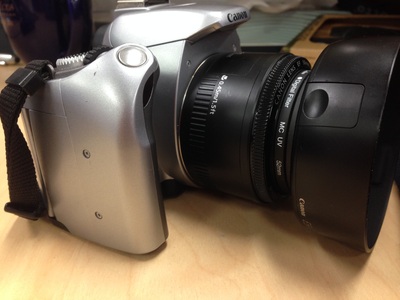 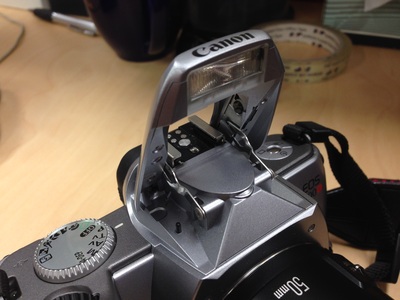 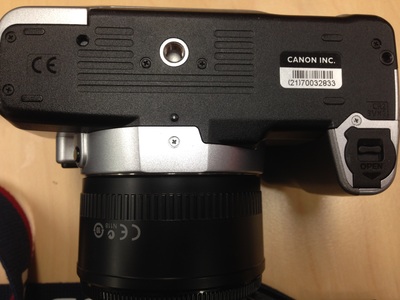 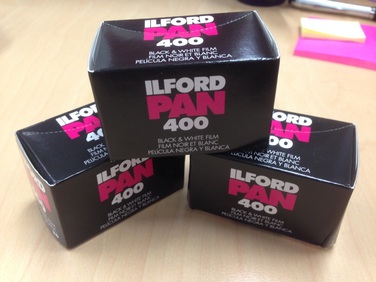 I previously used Kodak B&W 400 film with my Pentax K1000 SE with good results. Since that time I have done a bit of reading on B&W technique and also gotten some free advice online from Photosig.com, various forums and also from photographer Tom Evangelidis with regard to the tones and also how to utilise the B&W theme by really intensifying these moments that are captured in the frame. I have tested the 300V out with a standard roll of Kodak colour film around the office when the 2014 Melbourne cup was on. The results were clear and you can really tell the difference between a film camera and a digital camera. Film really is better in my opinion, provided you get the settings right. Plus you take more time with your shots as you do not get to see the end result right away until development and processing at the store. So for my next black and white project I am planning on re-visiting the same spots at Olympic Park that I shot with the K1000 but this time I am stepping it up a bit. I’m going for Ilford 400 B&W film together with the EOS 300V. We’ll see how the old camera stacks up with the new. I originally wanted ISO 200 film but thought I’d go basic first. I’ll also use the 50mm F/1.8 Mk1 lens. I purchased the film online and had it sent to me from Thailand. All up it cost me a grand total of AUD$20 for 3 x 36 exposure rolls which included the postage!