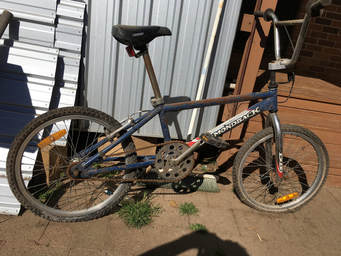 I had just picked up the Avanti BMX which was in the back of my car and I headed over to maintenance to  see if I could borrow an adjustable wrench to get the wheels off and chuck them in the big skip at work.    They were rusted through and were of no use to me. Got talking to Richie and turns out he had this old  diamondback in his shed that he had gotten for his son almost 20 years ago. His son lost interest and  started to sand the top tube a bit and then left it out in the weather. It looks pretty shot but everything is in  great condition. Just needs a good clean up. Although it is a genuine Diamondback, I am planning to do  a  bit of a clean up, sort out the brakes, get some new paint on it and it will be come my son's bike. I still like  the Avanti better with it's retro look, brakes and will look awesome with the tuffs too. More pics and info to  come....

The frame was in good condition apart from the previous owner trying to sand the top tube and then leaving it to sit for 20 years! So I had to get rid of that. Also there were a lot of spots here and there with chipped paint and surface rust. After a thorough clean the bike was disassembled. Most parts were rusty and all the smaller bits were treated with metal Rescue. 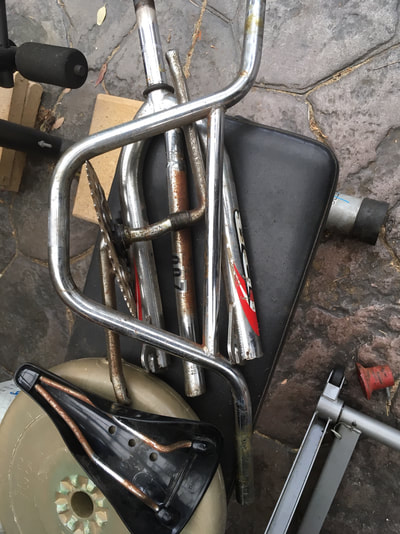 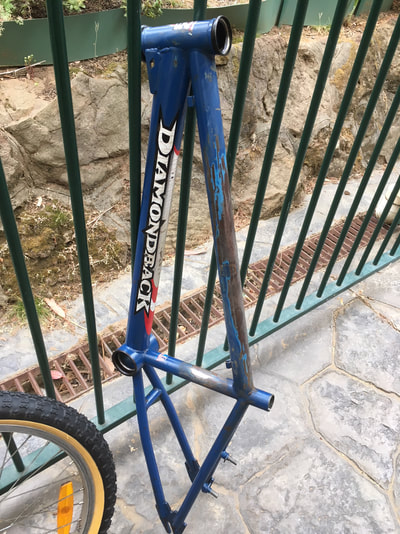 ​So I decided to try a new product that I had heard about online. It's called Metal Rescue. This stuff is amazing. It is safe to use and harmless to your skin. It looks like water. So after I pulled the bike apart, I soaked all the smaller parts in the solution for about 12 hours overnight. The stuff works wonders and got rid of all surface rust and gave the parts a great clean. See below the results. 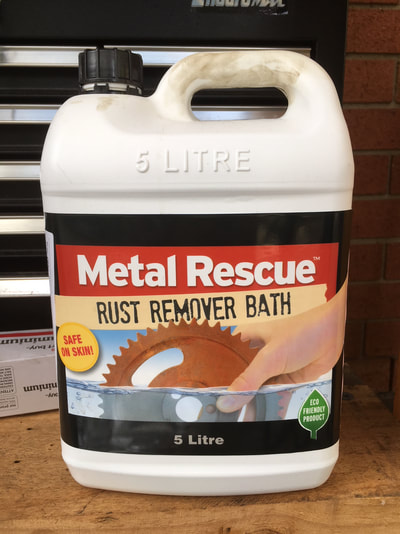 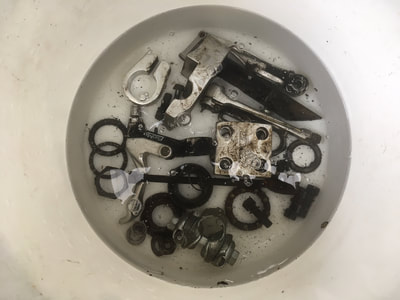 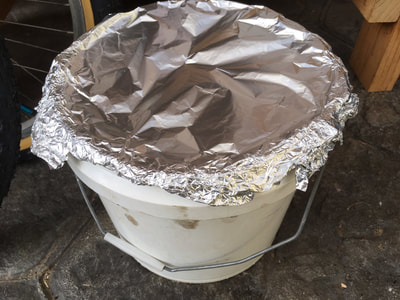 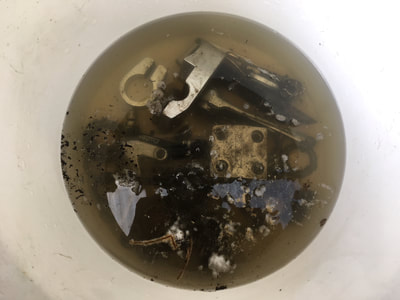 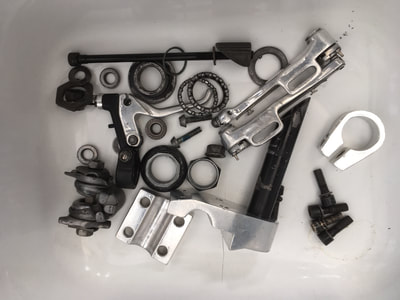 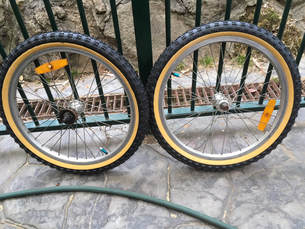 The wheels were removed and the old tyres and tubes were dry rotted and were not useable at all. I managed to get a hold of some new tubes along with some Kenda gum wall tyres. These are the same as the tyres that were originally on the bike. I previously had bought a set of Skyway Tuffs with these tyres already on them. I am still in two minds about using them but for now I will be using the original wheels. I still need to remove the freewheel from it and treat it also. Basically the freewheel and front chain ring are still unused, they may be dirty and have grime and surface rust on them, but they are not really used at all and are still in good condition. After a clean up they will be fine. So all I will need is a new chain.
'The sprocket is rooted so i will be changing that one. It's rusted through though and my Park FR-6 removal tool is not moving it at all. The tool is fine but you need to use a wrench with it and i only have a 12" adjustable. So I have sourced a 15" Sidchrome 1/2' drive breaker bar second hand on ebay. I also went down to my local hardware at lunchtime and bought a 1" socket which is what the Park FR-6 removal tool needs. I've always wanted a breaker bar anyway as I'd like to keep one in the car so this wasn't a complete waste of money. All up about $50 so well worth it.

So I got into the metal rescue again and used it to clean the chain ring, stand, seat rails and seat post. This stuff is amazing!! Not sure if I will use the stand but it was so rusty I wanted to see what the metal rescue would do. Did a brilliant job. Like I said previously, the chain ring is practically new! The crank arms are like new and the retaining nut for the chain ring as well as the right cone which goes with the crank assembly, left one is already done too. So into the 'clean' parts box these newly cleaned parts will go! More to come! Just the fork remaining. 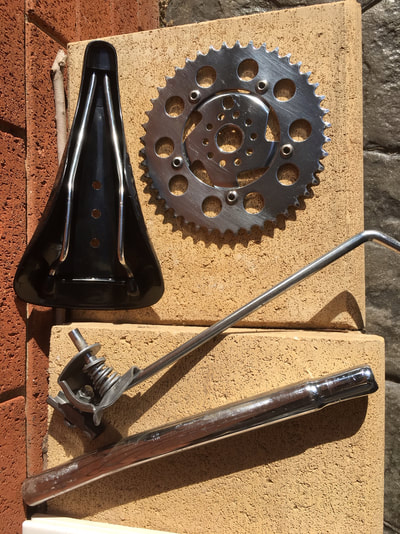 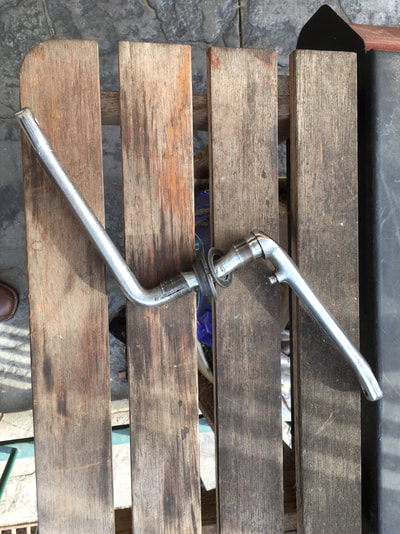 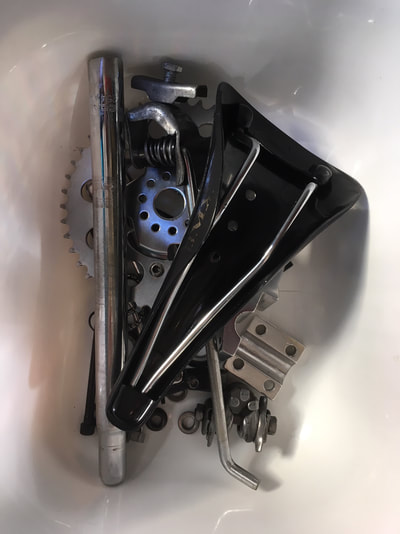 Ok so I checked all the beatings, cones, cups etc and everything is in good condition, no pitting or scratching. Just heaps of gunk that too a while to get off using a combo of metal rescue and the bearings soaking in WD-40 for 2 days! But everything is in good order mainly due to not being ridden much. I put on some fresh Weldtite lithium grease on everything and then begun re-assembly. My Park 32mm/30mm spanners came in handy. Had to use a punch and a hammer to secure the lockring that secures the sprocket to the crank arms as I did not have the proper tool but apart from that, all good! Felt great to use the bike tools again! 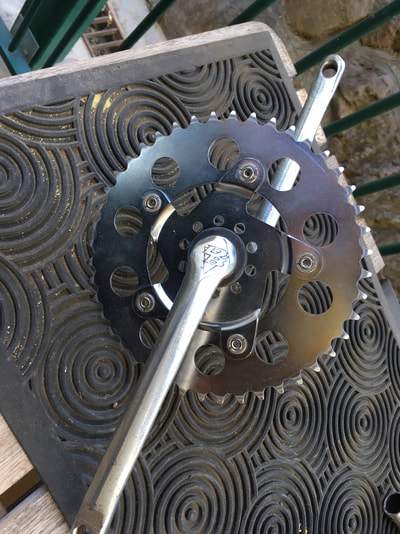 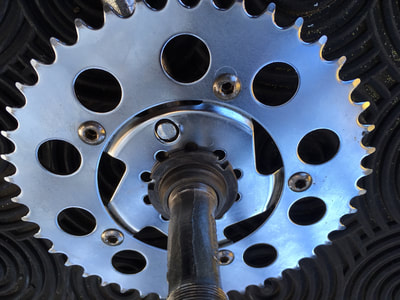 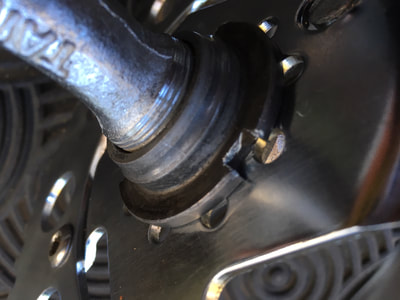 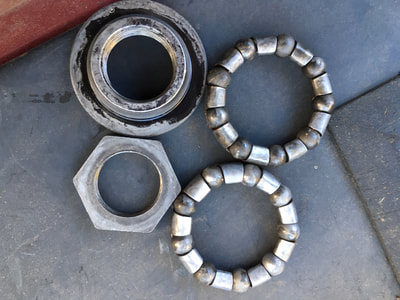 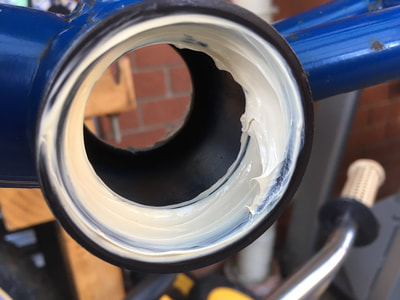 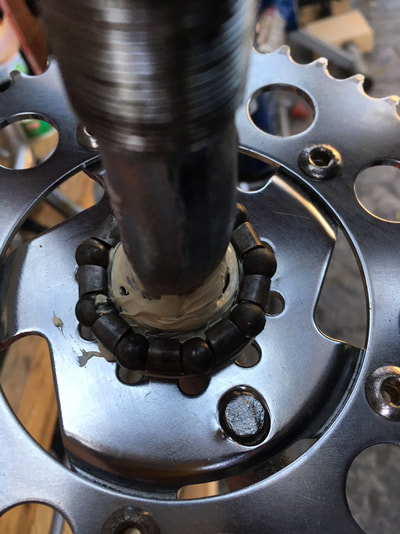 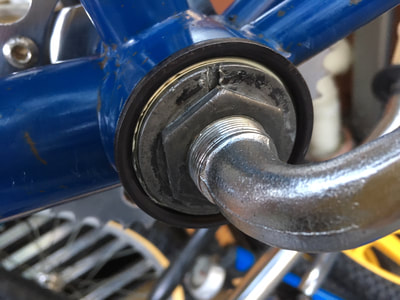 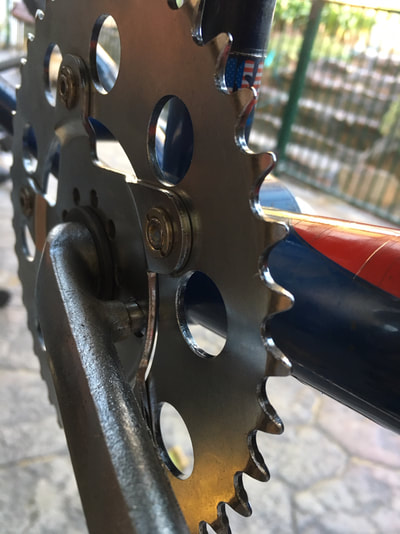 Headset Installation - The threads are a pain!

So I didn't mention this before but during disassembly, the headset was a bastard to remove. I used heaps of WD-40 but it still wouldn't spin easy. So I forced it off as gently as I could. Basically some of the threads are stripped but it still will hold together fine. Put it all together then realised I forgot to put on the lock washer with the tooth on it for the 1" fork tube. So had to take it all off again!