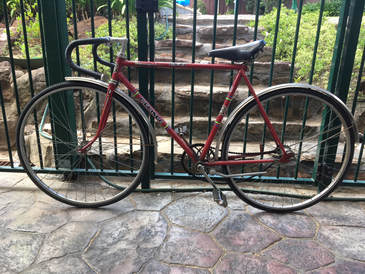 So I recently picked up this bike and it needs some work. The bike comes with a steel frame, full fenders, 27" wheels with rear coaster brake, chain, and cogs seems like they have hardly been worn, 1" threaded headset, padded seat with bag loops, track handlebars with super thin bar tape, an SR stem and I am unsure of the handlebar brand but they seem ok. Reminds me a bit of the old Cinelli bars and stem, then again all riders would want a Cinelli setup but I can dream can't I! :-)

On first inspection it seems like it has been a single speed from factory however I am confused as to why it is called an MC27. One would think it is was a 27 speed originally. It has mounts for a frame pump on the seat tube as well as some sort of mount for possibly a chain guard. The frame is also lugged, nothing fancy but a neat job. The older steel bikes are always built well. The bike says it is made in Australia however after looking on the web with not much luck I did find a few bits of information here and there. Seems the company, Cycles Australia, was out in the 70's and may have imported some tubing from Japan and assembled the bikes in Australia. Possibly another brand of bike that has been re-badged 'Madison' also. I'm assuming the bike is called Madison because of some track cycling history.

The tyres are cracked on the side walls but seem to pump up fine so the tubes are good. There is a lot of grease and grime near the bottom bracket area so that will need to be cleaned up but I'm planning to pull the whole thing apart so will soak most of the steel parts in some metal rescue. Will most likely change the seat to my brooks saddle, not sure if it will be the brown or black, we'll see. I cannot stand the pedals so will be swapping them out for some flat pedals. I also happen to have a brand new set of Ukai 27" Rims with a Shimano rear coaster brake, new rim tape, tubes and Schwalbe Marathon 27" tyres in the shed. Was saving them for a project but now they are useful! I have an old ladies drop down frame in the shed but I'll put tthe Madison's rims on there and sell it all off as an unfinished project. The transformation will take place over the weekend. I may leave the frame as is and just clean it up. The forks are not in the best condition as it looks like it has been leaning on a lot of things and also perhaps sitting on it's side on the ground. The paint has worn off and there is a lot of surface rust. I may remove the forks and just pain them separately. Headset could do with a bit of a clean up also, or I may just replace it, the threaded ones are so cheap anyway. Below are more shots of the bike once I got it home. Had to take the front and rear wheels off as well as the fenders to get it into the boot so it's not looking fully assembled. 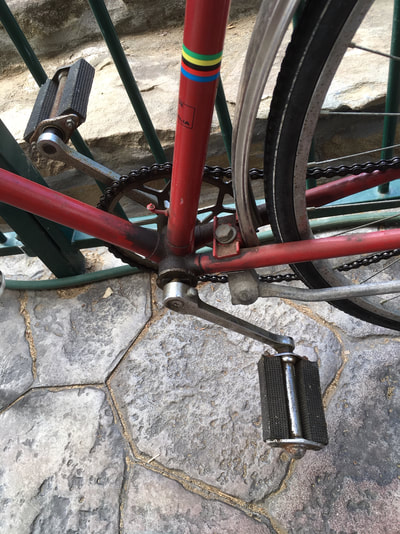 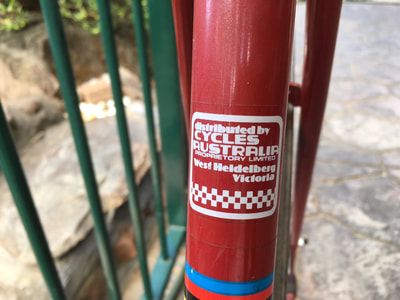 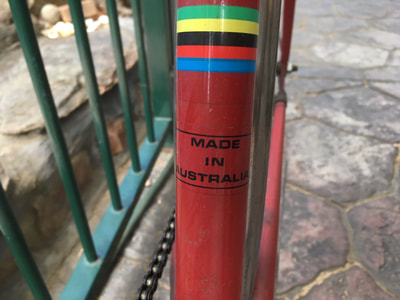 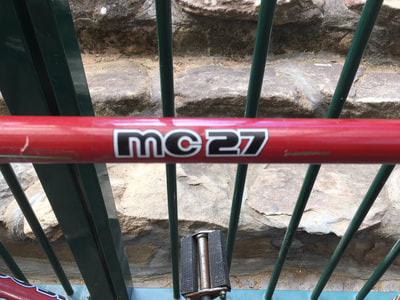 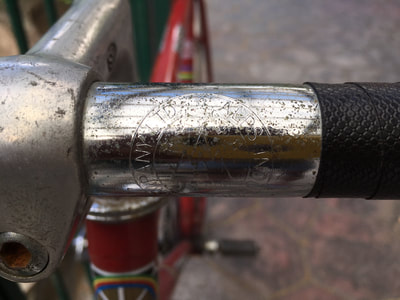 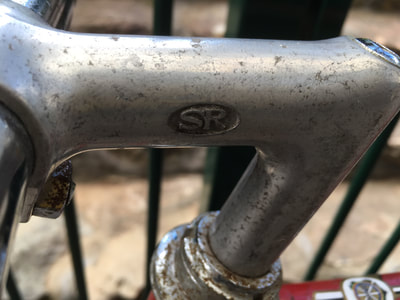 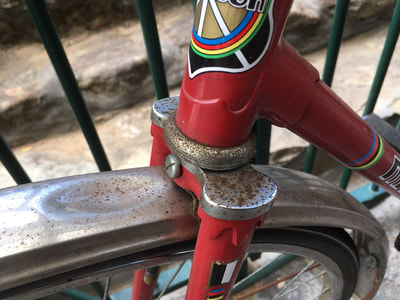 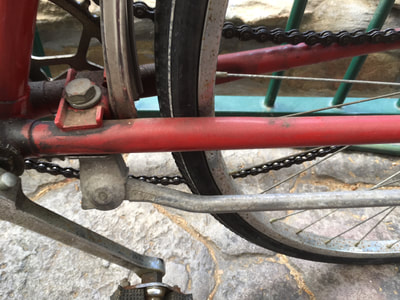 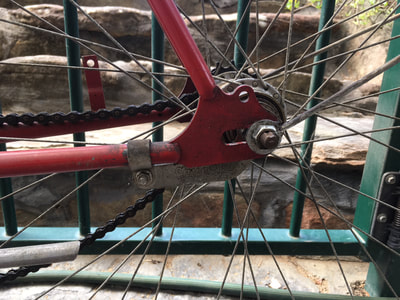 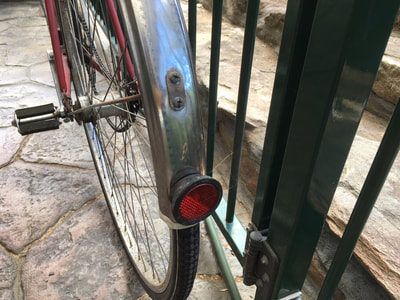 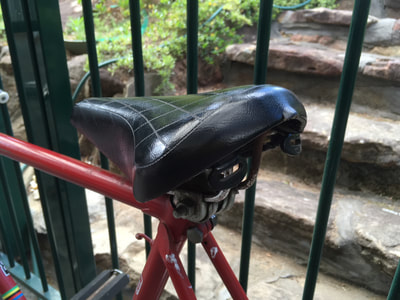 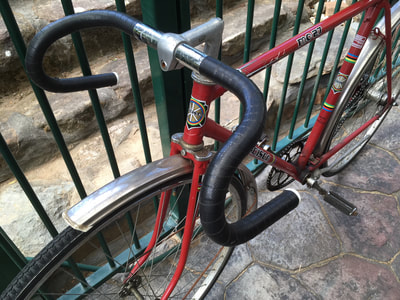 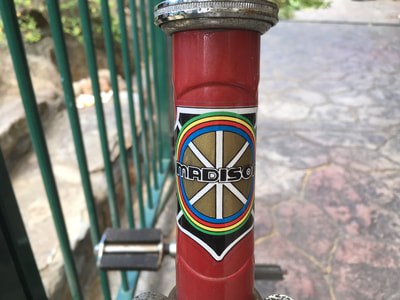 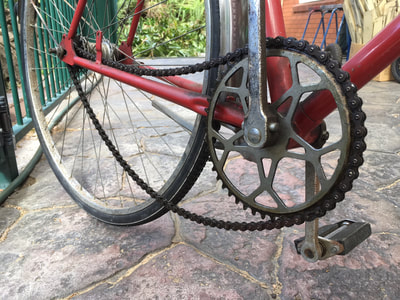 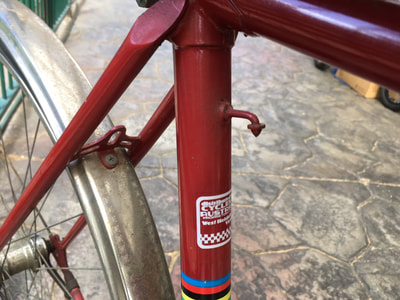 Handy Tools to Carry at All Times

Tip for other junkers out there: Always keep a set of large vice grips in the car or your bag as you can pretty much remove any nut, bolt or even possibly a sheared bolt with them, especially if they are rusted on. Much better than an adjustable wrench/spanner. Some WD-40 and some paper towel would be handy too. A set of Leatherman pliers is another great item to have. Mine is a Leatherman Sidekick. Has screw drivers, knife, pliers, mini saw, cutters, ruler etc. It's better than carrying a bunch of bike specific tools. Then again these tools can be used for other things also. 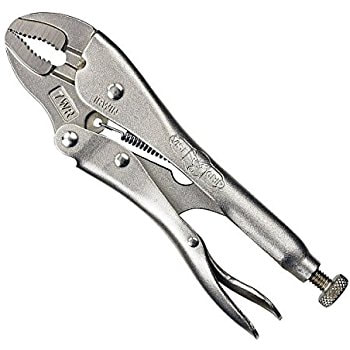 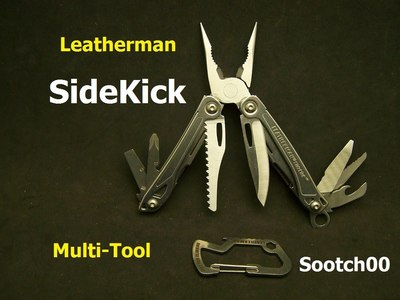 This is a brand new old stock wheel set I bought a couple of years back from a closed down bike shop. The bike features original Shimano hubs with an original Shimano coaster brake for the rear wheel. I have added new rim tape, inner tubes and also brand new Schwalbe Marathon tyres. These are gonna look great on the Madison. Just gotta get them on now! 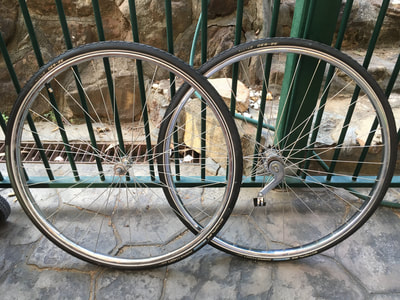 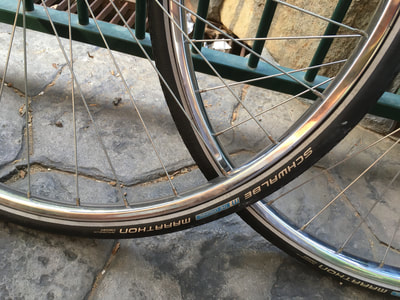 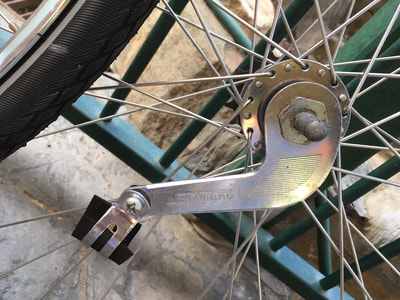 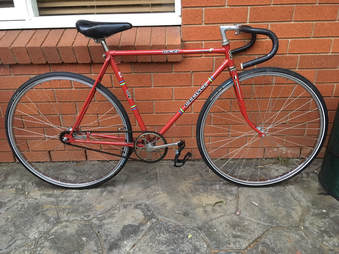 So i couldn't help myself, I hadn't pulled the bike apart yet and wanted to see what it was like with the wheels. I removed the fenders, changed the pedals to some Wellgo's I had laying around. The seat is abit worn but still comfy. I adjusted the height and went for a ride with my son. We went out for about 20 mins. I have no idea what kind of tubing this bike is made of but it is heavy. Still feels pretty solid though. I had to work a little harder riding it but I thoroughly enjoyed it. I was pretending to be Kevin Bacon on the streets of Manhattan in Quicksilver! My son was on his small bmx. For once we were evenly matched, single speed for both of us and only coaster brakes. Now that I have ridden the Madison I am really looking forward to cleaning it up and getting all the parts sorted out. If I can replace anything with lighter components I will but only when the current parts die. Will keep it original as long as I can. I will probably upgrade the bar tape as it was a bit hard on the wrists. Either that or will completely strip the tape, polish the bar and wear cloves when I ride. I also intend to keep the 27" wheels on there. if I don't then I will replace with 700c and thicker tyres but the coaster brake will always be part of the bike. I have some shorty fenders also, that I may put on the bike. Also might have to find a way to attach some sort of bottle holder to it.